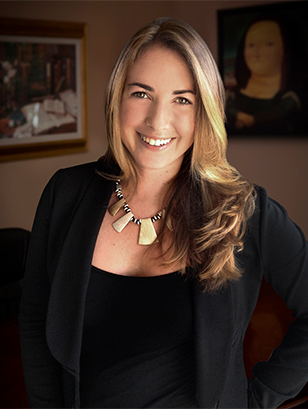 Areas of Practice: Employmet Based, Investor Based, and Family Based Immigration.

Sydni Katz is a member of McClain DeWees, PLLC in the firm’s South Florida office. Ms. Katz is licensed to practice law in Florida and is a member of the American Immigration Lawyers Assocaition (AILA). Sydni’s practice centers on employment-based and investor-based immigration including but not limited to EB-1, EB-2, EB-3, EB-5, L-1, and E-2 visas. Sydni further represents employers and employees with permanent labor certification (PERM) and non-immigrant petitions for foreign workers including but not limited to TN, O, and P visas. In addition to her employment and investor-based practice Sydni represents individuals and families in filing petitions for permanent residency and citizenship.

Originally from Philadelphia, Pennsylvania, Sydni moved to Boca Raton, Florida in 2005, living in a student dormitory and training full-time at the Evert Tennis Academy in pursuit of playing college tennis. After two years of college tennis Sydni turned pro and competed on the Women’s Tennis Tour (WTA) from 2008-2011 traveling throughout the USA, South America, and Europe. Her interaction with international tennis players raised her awareness of the trials and tribulations of immigrating to the United States. In 2011 she returned to Florida and obtained her undergraduate degree from Florida Atlantic University (FAU) in Boca Raton, Florida. While at FAU she served as a research assistant in the political science department, was a member of the National Honors Society, the Phi Sigma Alpha Political Science Honor Society, and was awarded the FAU President’s Scholarship Award for academic achievement. Graduating Summa Cum Laude from FAU in 2013, Sydni earned a Bachelor of Arts in Political Science with a minor in Communications.

Sydni obtained her law degree from Nova Southeastern Shepard Broad College of Law in Davie, Florida graduating Cum Laude. While in law school she received Deans List Honors, was awarded the Judge Albert Blase Scholarship for academic achievement, received the Nova Southeastern Professionalism Award, and was awarded the Cali Book Award of Excellence in Bioethics for her law article entitled “A Minor’s Right to Die with Dignity: The Ultimate Act of Love, Compassion, Mercy, and Civil Liberty.” Her article was published in the Spring 2018 edition of the California Western International Law Journal. While attending law school Sydni worked as a research assistant, clerked for Kanner & Pintaluga in Florida and Kaplin Stewart Meloff Reiter & Stein, P.C. in Pennsylvania. Sydni can be found on the tennis courts now as a “hitting partner” for young players chasing their dream.