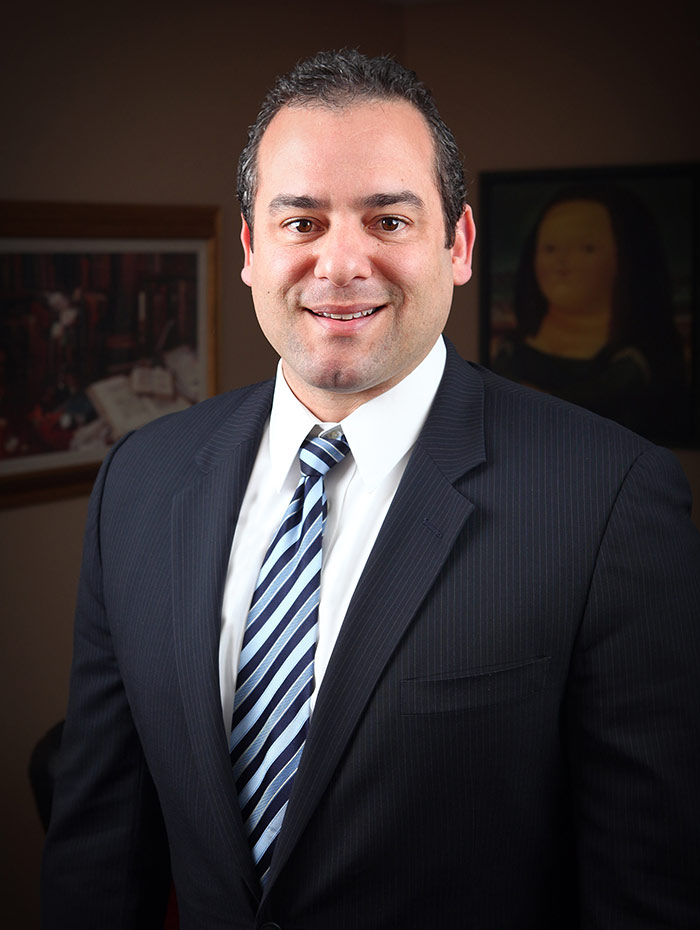 Michael (Mike) W. McClain is an attorney with McClain DeWees, PLLC and is licensed to practice law in all state and federal courts in Kentucky and Indiana, as well as in the 7th Circuit Court of Appeals. Mr. McClain is a 1988 graduate of Laurel County High School and initially attended Union College in Barbourville, Kentucky, where he was a member of Union's basketball team, before transferring to Sue Bennett College in his hometown of London, Kentucky. While at Sue Bennett, he played basketball and baseball while obtaining an Associate's Degree in Business in the spring of 1990. Mr. McClain moved to Eastern Kentucky University to complete his Bachelor’s degree in Political Science in 1993 and his Master’s Degree in Public Administration in 1995. During his time at EKU, Mr. McClain was an active member of Sigma Pi fraternity and EKU's Interfraternity Council.

Mr. McClain obtained his law degree from the University of Louisville in 2000. During law school Mr. McClain was active as a member of the Journal of Law and Education, the Moot Court Board and as a member of the Bankruptcy Moot Court team. At various times during his law school education, Mr. McClain obtained practical experience by working at the Legal Aid Society in Louisville, Bose McKinney & Evans, LLP in Indianapolis, and the former Greenebaum Doll McDonald, LLP in Louisville. Following graduation from law school, Mr. McClain accepted a position as an associate attorney at Bose McKinney & Evans, LLP in Indianapolis, Indiana, where he worked primarily in the firm's Education Law practice group. It was there that Mr. McClain developed valuable negotiation skills by learning from some of the best education lawyers in Indiana. Mr. McClain also gained experience in civil litigation, including medical malpractice defense and other types of personal injury cases. Toward the end of Mr. McClain’s three year stay in Indianapolis, he gravitated toward bankruptcy and creditors' rights, an area of the law in which he developed a keen interest while in law school.

Mr. McClain joined Wyatt, Tarrant & Combs in Louisville in June 2003, where he began as an associate in the firm's creditors' rights and bankruptcy practice group. Mr. McClain also worked in the firm's commercial litigation practice group and handled cases in both Kentucky and Indiana. Mr. McClain was later named a partner in the firm and developed a large network of collegial professional contacts through his work in the firm, through his membership in the Louisville Bar Association (serving on its Diversity Taskforce and having served as past Chairman of the LBA's Bankruptcy Section). Mr. McClain is also a graduate of Focus Louisville (2005), Ignite Louisville (2007) and Leadership Louisville (2010), and has served on the Board of Holy Cross High School, the St. John Center,the Northeast Family YMCA and the Louisville Better Business Bureau. Mr. McClain served eight years with the U.S. Army Reserves and Kentucky National Guard, and was honorably discharged in 1998. Mr. McClain left Wyatt, Tarrant & Combs in 2010 to help form Ballinger McClain, where he stayed until November 2013 to join his brother, Jeffrey McClain, and good friend Robert DeWees.